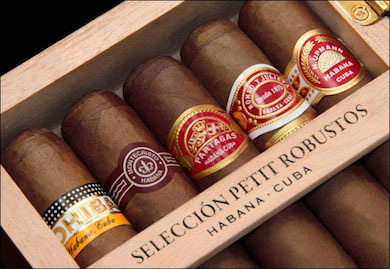 Click Here for details on the new Cuban Cigars to hit Edmonton in 2016.

Start the discussion on the world’s “best” cigars and the conversation will certainly include Habanos (Cuban) cigars.

Whether that is due to Habanos being the ultimate in cigars or from the rarity of Cuban cigars in certain countries adding to their allure, will be a topic surely to be debated until the end of time.

One thing is for certain; Cuba has a rich history of premium cigar makers with the income from cigar production estimated over $400 million.

The History of Cuban Cigars 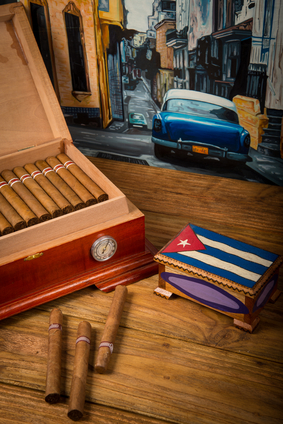 In 1962, at the height of the Cold War, Cuba allowed the Soviet Union to set up multiple missile bases on the island. This became knows as the ‘Cuban Missile Crisis’ and led to John F. Kennedy authorizing a trade embargo with Cuba – which, initially, had a devastating affect on Cuba’s productions and distribution.

To this day, most Cuban cigars found in the United States are fakes. Even in Havana, the streets are filled with black-market forgeries. Dealing with a reputable tobacconist can help you avoid a costly and disappointing experience. Fortunately here in Canada we have access to authentic cuban cigars through designated Habanos specialists like Nottingham Cigars & Pipes of Edmonton. You can also check the authenticity of a cuban cigar through this link.

When the mid 90’s hit, Cuba had well established itself in Europe and other markets.

Cigar production in Cuba has gone through many ups and downs, largely due to politics and weather – but the methods of production have remained steadfast.

Cuba is very close to the Tropic of Cancer and its western region has a relative humidity of 78-79 percent.

The center of Cuban tobacco production is in the province of Pinar Del Rio and tobacco is the third largest source of hard currency for Cuba.

Nottingham Cigars & Pipes is a Designated Habanos Specialist and we carry an extensive selection of Habanos Cigars and Habanos Accessories‎ here in Edmonton.

Cuban/Habanos Cigars made by Habanos SA are divided into 4 main Categories:

Further every year Habanos releases from within the 4 categories as above the following:

Nottingham Cigars carries all the brands under the main categories and within each brand we carry a number of Vitolas/sizes.  Click any of the links above for more information or call/visit our Edmonton smoke shop for more details.