Enjoy this selection of famous cigar quotes from fellow smokers! 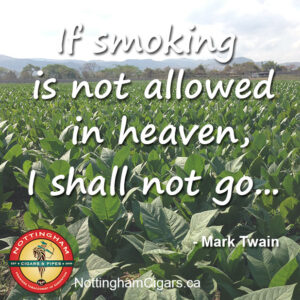 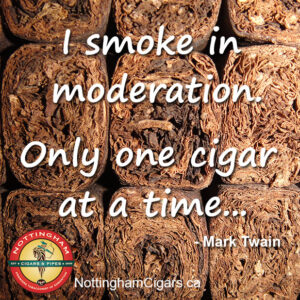 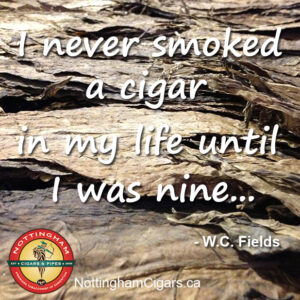 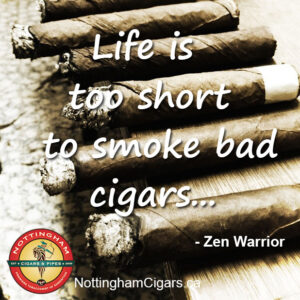 “It has always been my rule never to smoke when asleep, and never to refrain when awake.” – Mark Twain

“I smoke in moderation. Only one cigar at a time.” – Mark Twain

“If smoking is not allowed in heaven, I shall not go.” – Mark Twain

“Eating and sleeping are the only activities that should be allowed to interrupt a man’s enjoyment of his cigar.” -Mark Twain

“Happiness? A good cigar, a good meal, a good cigar and a good woman – or a bad woman; it depends on how much happiness you can handle.” – George Burns

“I smoke ten to fifteen cigars a day. At my age I have to hold on to something.” – George Burns

“If I’d taken my doctor’s advice and quit smoking when he advised me to, I wouldn’t have lived to go to his funeral.” – George Burns at age 98

“I smoked them because I wanted people to think I was doing well. When they saw me walking down the street smoking a cigar, they’d say, ‘hey, that 14-year-old kid must be going places.’ – George Burns interview with Cigar Aficionado on why he started smoking cigars.

“I never smoked a cigar in my life until I was nine.” – W.C. Fields

“Sometimes a cigar is just a cigar.” – Sigmund Freud

“If your wife doesn’t like the aroma of your cigar, change your wife.” – Zino Davidoff

“A pipe gives a wise man time to think and a fool something to stick in his mouth.” — C.S. Lewis

“Life is too short to smoke bad cigars.” – ZenWarrior

“A woman is an occasional pleasure but a cigar is always a smoke.” – Groucho Marx

“Smoking has a sedative effect upon the nerves, and enables a man to bear the sorrows of his life (of which everyone has his share) not only decently, but dignifiedly.” — George Burrow

A good cigar is like a beautiful chick with a great body who also knows the American League box scores. ~Klinger in a M*A*S*H TV Episode

“By the cigars they smoke, and the composers they love, ye shall know the texture of men’s souls.” — John Galsworthy