C.A.O. Cigars came from a humble, hardworking beginning where quality and innovation were key ideas. This has not changed. C.A.O. continues to make innovation, high-quality products ranging from humidors and pipes to their handcrafted and complex cigars. Founded in 1968, the factory is located in Esteli, Nicaragua. 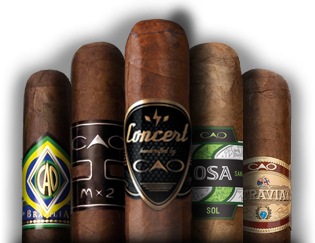 The History of Cano A. Ozgener

The beginning of C.A.O. Cigars is the story of Cano A. Ozgener—the founder and from whom the name is inspired. Raised in Istanbul, Ozgener attended the American Run Roberts College where he gained his BS in Mechanical Engineering before continuing on to Graduate School at Columbia University. Through his studies, Ozgener was introduced to cigars and enjoyed smoking as a way to unwind. It wasn’t until Ozgener accepted a job in Dupont, NC that he used his spare time and engineering background to perfect his preferred smoking method—the Turkish Meerschaum Pipe. In 1977, Ozgener left Dupont to focus full-time on C.A.O., which at the time was exclusively a pipe and humidor business. In the 1990s, C.A.O. gained more recognition after they released humidors with a state-of-the-art humidification system. Riding this boom, C.A.O. entered into the cigar market with Honduran cigar maker Nestor Plascencia and Nicaraguan grower Carlos Toraño.

C.A.O. Cigars was a family affair, but not out of obligation. Ozgener employed his son, Murat, as the national marketing manager and daughter Aylin as the national sales manager. But, it was not due to their family ties. According to Ozgener, “I employ them because we have chemistry. At work they are good at their job first, and family comes second.”

After the Cigar boom in the 1990s and their continued excellence, Scandinavian Tobacco Group bought C.A.O. Cigars in 2007. Ultimately, C.A.O was combined with other divisions in their premium cigar division in 2010 under the name General Cigar Company—one of the largest manufacturers of cigars in existence. What has this meant for Cano and family? Nothing. They continue to work together to produce the same high-end products expected of the C.A.O. name.

C.A.O. Cigars has puts its focus on quality product from day one. If it has a problem, don’t feature it—their product is never about the numbers. C.A.O offers a wide range of flavors and construction, with cigars ranging from their deep, complex Gold line to the flavored Bella Vanilla and Earth Nectar lines. Why the range? C.A.O. is always innovated, never satisfied and always listening to what people want. After all, they are a company that is “by the people, for the people.”

The C.A.O. attitude of continuing to strive towards perfection shows in their exceptional products and the cigar community has taken notice—including Cigar Aficionado. Cigar Aficionado’s elite, annual Top 25 lists is applauded as being one of the most precise and selective tests of cigars conducted. With a panel of experienced and knowledgeable cigar experts and blind taste tests, the Top 25 is the best of the best.

With a little over 20 cigars, C.A.O. is a relative newcomer to the cigar world. But, that doesn’t mean they don’t have a wide array of flavors and construction. C.A.O. is by the people, for the people, with a cigar for everyone. Their cigar offerings in Canada include: